“There has never been a better time to invest in Africa”, said South African President Cyril Ramaphosa at a recent conference in Johannesburg. This statement was made in a very particular context, one in which we are currently a few months away from the birth of what will be the world’s largest free trade area – the African Continental Free Trade Area (“AfCFTA”). This game-changing deal will bring together 54 countries under a single market (with Eritrea the only African Union member country that has not yet formalised its participation) with a combined population of over 1.2 billion people and combined GPD of over USD 3trillion.

Establishing a single African market has been a topic of major debate for policymakers across the continent for years and with the implementation of the AfCFTA in 2020, the pieces of this gigantic puzzle seem to be at last falling into place. The overriding goal of this agreement is to create a single African market for goods and services produced in the continent, along with visa-free movement of people. It will also facilitate the movement of capital, stimulating intra-African investments and regional trade flows. It is worthy to note that as of today, the intraregional trade share between African countries stands at a mere 15%, in comparison to 47% in the Americas, 61% in Asia and 67% in Europe. It is estimated that the AfCFTA has the potential to propel the value of intra-Africa trade to nearly 40% within the next 20 years[1].

Today, many African countries export their valuable resources during early stages ofthe production value chain, only to end up importing the finished products from foreign sources for consumption. The result -low receipts in terms of export revenue and high expenditure in terms of imports – inevitably accentuating balance of payment deficits across the continent.  With the AfCFTA, it is expected that expertise will disseminate from more developed African states. With the upskilling of the continent, African countries will thus be in a better position to benefit from higher positions in production value chains. There is also a misalignment between what various African countries need and what is produced on the continent, clearly signalling a missed opportunity to reduce foreign imports and increase trade flows within the continent.

Naturally, as is normally the case with free trade agreements, some countries are better positioned to make the most of the new deal. Research from Baker McKenzie and Oxford Economics supports this presumption and suggests that some countries are better placed than others to reap the rewards of intra-regional trade. A large player like South Africa is very likely to experience the maximum benefit due to its existing strong connections with countries across the continent – being one of the largest investors on the continent. Countries with open economies and good infrastructure, such as the West African states of Ghana and Côte d’Ivoire are also well positioned to benefit from the agreement[2].

On the other hand, countries with higher security and political risks may find it more difficult to integrate into regional value chains. The AfCFTA’s success will also be largely dependent on the continent’s ability to overcome limitations in infrastructure and improve the currently limited air connectivity across the continent. It is not uncommon to have to leave the continent and connect through an air hub in the Middle East to travel between two African cities. Considering the African railway map, intra-state connectivity is very limited and this poses serious logistics challenges. In many instances, it is easier for an African country to trade with a foreign counterpart as opposed to an African one. Onerous regulatory requirements and regional conflicts are also hurdles to free trade on the continent.

To enable the AfCFTA, important institutions such as the Afreximbank (African’s largest trade bank) have also come up with supportive measures. Afreximbank has put in place a USD1 billion financing facility to support the adjustment arising from trade liberalisation in terms of loss of tariff revenue. Afreximbank, in collaboration with the African Union, has also launched a Pan-African Payment and Settlement System (“PAPSS”). This platform aims to domesticate intra-regional payments and has the potential to save the continent more than USD5 billion in payment transaction costs per annum[3]. It is expected that such measures will facilitate the implementation of the AfCFTA agreement and will act as catalysts for other supportive measures from African institutions.

Now, coming to Mauritius, the country signed and ratified the AfCFTA in September 2019, thus becoming a full member of the new area. For some time now, Mauritius has been positioning itself as the financial centre for Africa. Culminating at the 13th place worldwide and the 1st place in Africa in the World Bank’s Ease of Doing Business Report 2020, Mauritius enhances its attractiveness as being the ideal hub for business into Africa. Mauritius is a tried and tested jurisdiction in terms of facilitating investments towards the continent and with the unfolding of the AfCFTA, it is anticipated that there will be more foreign investments in Africa – especially to address the infrastructural needs in Africa in terms of both connectivity and energy, will be channelled through Mauritius. With its acute focus on investor protection and its EU/OECD compliant status, Mauritius remains a safe destination for promoters to structure their investments and to raise financing.

To make the most of the AfCFTA, African governments will have to address their infrastructural needs as well as ensure that their regulations relating to cross-border investments and capital flows are optimised. In doing so, both domestic and foreign trade will benefit and the continent, as a block, will progress. However, set timeframes should be realistic, as it will take time for the current limited infrastructure to improve and the prevailing administrative hurdles to tumble. More importantly, the will to change for the better should accentuate and permeate the younger generations. With this, the challenges will inevitably be overcome and the next decades will see the rise of the world’s largest free trade area. The African free-trade train will soon depart and all stakeholders have been cautioned, the journey will be long.

[1] Trade for Development News (2019): The AfCFTA – a free trade area and a flagship project of the African Union [online]. Available at: https://trade4devnews.enhancedif.org/en/news/afcfta-free-trade-area-and-flagship-project-african-union

For more information do not hesitate to contact us 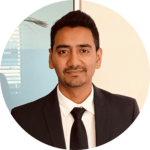 Why Buy when you can Rent?